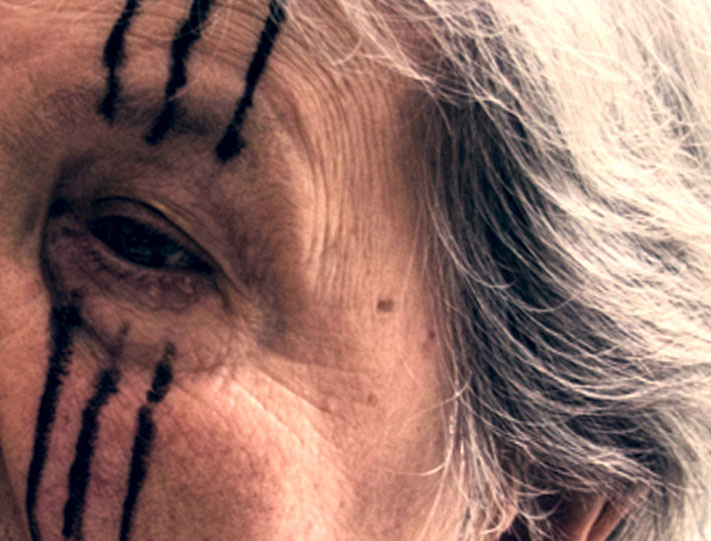 A waste land lies in the middle of the sea

Outcome and workshop with the elderly guests of the San Giovanni Bosco sheltered house (MO), on the occasion of Trasparenze Festival 2019 Modena.

The invitation of the “Teatro dei Venti” arrives on time, during a period of research focused on the act of disappearing, the disillusionment, the cancellation of every trace of humanity, up to its extinction.
These are the questions we want to share during this precious encounter with those whose body is marked, highlighted, by the passage to never.
We will not do so by questioning the intimate and subjective dimension, but the political one: the extinct political-body; the process of corruption of the dead body, as a metaphor for a defective civilisation.
It is in the transition to no longer than our presence becomes inevitably political when the body is no longer tied to an identity, but becomes an object, a waste, an rest to take charge. Someone will have to handle our corpse, whose weight will be directly proportional to the memory it carries with it. Is it not then, this becoming a “waste”, a subversive act?

The poems “Waste Land” by T. S. Eliot guide us in this consideration.
An “unreal city”, a “Paese Guasto” (as the poet Caproni calls it, following the suggestion of Dante), which Eliot sings through the prophetic voice of Tiresias:

You who were with me in the ships at Mylae!
That corpse you planted last year in your garden,
Has it begun to sprout? Will it bloom this year?