Production: Kik Melone in co-production with Student center of the University Zagreb-Kultura
promjene-Teatar &TD, 2016.g.
Ms Fox Invited Ms Cat For Tea and a Chit-Chat One Late Late Afternoon Last Summer is the winner
of the Croatian Theater Reward in category The best dance performance in year 2016

This performance brings to the stage the question of the identity of the female dancer-performer. It uses elements of contemporary dance, dance theatre, cabaret performance, live music and magic show.
To examine that, the authors create imaginary identities, Ms Fox and Ms Cat, who are joined by the mysterious Mr Eye on the piano.
They begin by questioning classic approaches to choreography, by dealing in an ironic way with Ravel’s Bolero, one of the ballet block-busters.
Diving deeper into the imagination and theatre as the space of magic, they perform with 100 miniature performer-statues, creating a vortex of shadowy performances.
In monologues, they deal with two different approaches to textuality on stage, using parts of Virginia Woolf’s last novel Between the Acts and Erica Fisher Lichte’s The Transformative Power of Performance. Identifying the performer as magician – entertainer, the authors use Macbeth Witches, but their magic dance is a classic Charleston. The end brings the performers back to their first identity – contemporary dance, and the dance improvisation, while the stage becomes a visually magical and wild place, drowned in dramatic and rich
sound. 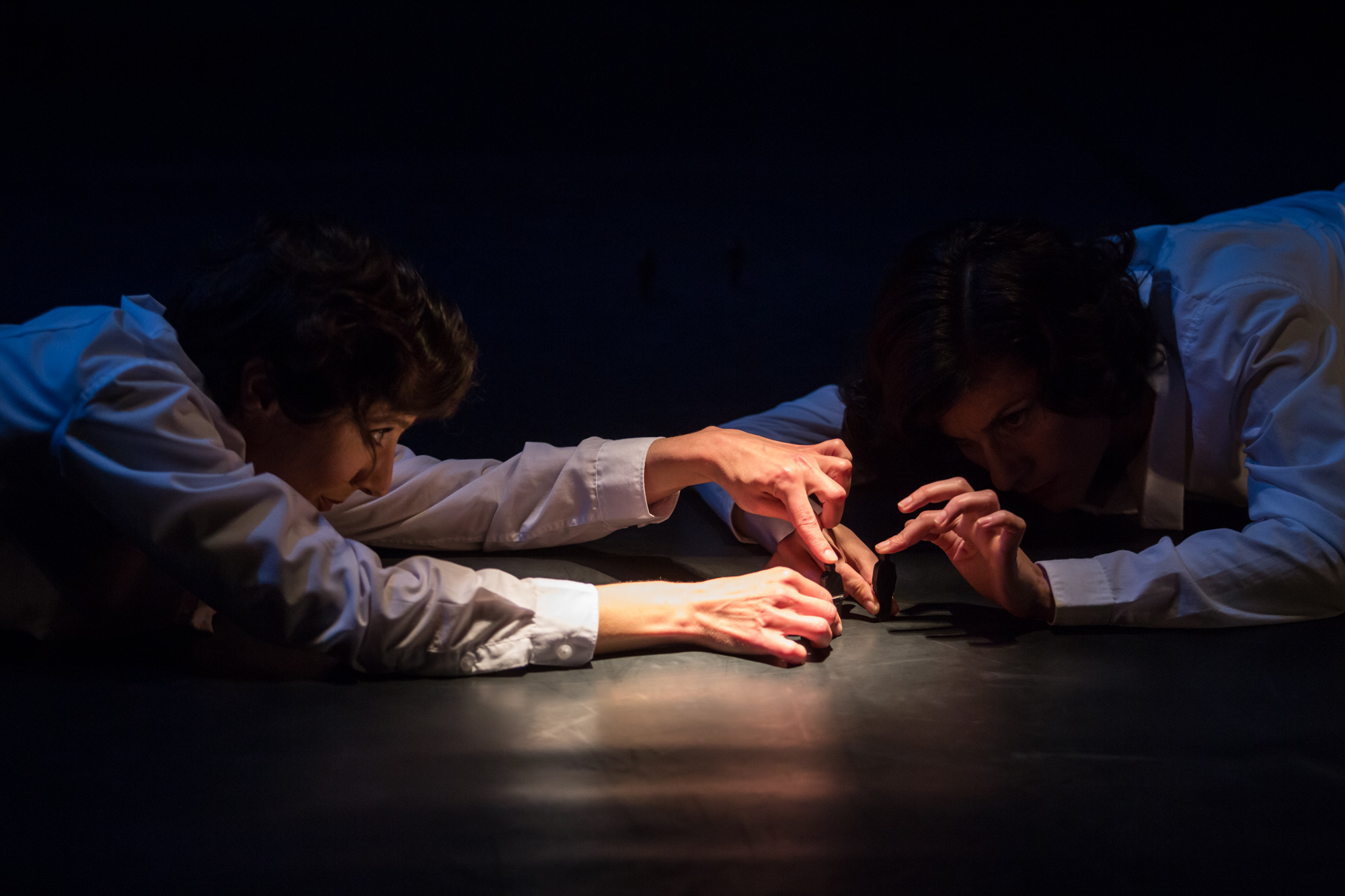 Silvia Marchig (Rijeka, 1975), dance artist and dance educator, based in Zagreb. Co-founder and artistic director of Kik Melone Company. Works in the field of contemporary dance theatre and performance.
Her primary artistic interests for many years are experimental performative situations, using dance, voice and text in her work.
Author of several theatre pieces, always in collaborations with fellow artists through Kik Melone Company, as well as working as a performer in many independent projects in Germany (Desperate Figures Dance Theater, Mainz), and in Croatia (Fourhanded/Četveroruka, Trafik, IMRC, Llinkt Dance project, Marmot…).

Iva Nerina Sibila (1971, Zagreb) is a dance artist and writer. She graduated from the Northern School of Contemporary Dance in Leeds (1995) and since then she has been working as free-lance dancer, performer, choreographer, educator and dance-writer nationally and internationally.
Current artistic activities are:
Artistic leadership of Inclusive Movement Research Collective – IMRC, a performance and educational dance project for dancers with and without disability,
Kik Melone – co-author and performer and Transitive Fiction Theatre – Trafik – co-author and performer.
Her texts on various issues on dance, physical theatre, performing arts and new circus have been published in numerous Croatian and international publications.
Educational works includes Centre for Women’s Studies – seminar Dance, gender and feminism and Academy of Dramatic Arts, Department for Contemporary Dance – collegium on Inclusive and integrated dance practises.

Production: Kik Melone in co-production with Student center of the University Zagreb-Kultura
promjene-Teatar &TD, 2016.g.
Ms Fox Invited Ms Cat For Tea and a Chit-Chat One Late Late Afternoon Last Summer is the winner
of the Croatian Theater Reward in category The best dance performance in year 2016