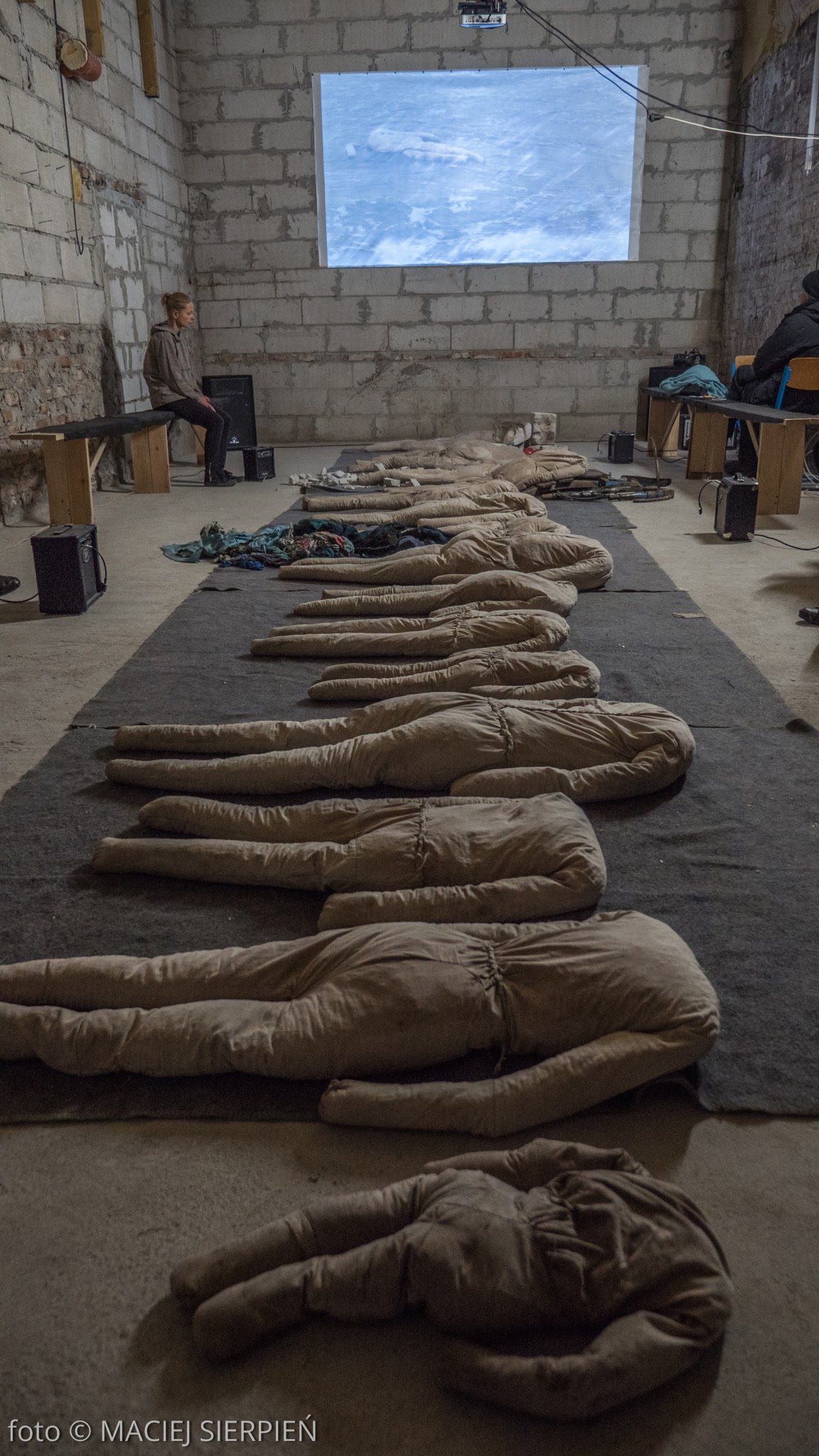 I am interested in a human being, who is safe, but unwilling to accept others who are fleeing war, conflict, oppression, death and hunger. I’m interested in the situation of conflict, danger and suffering. And what that fed, happy, Western European man would feel in such a place, and what he would feel towards people whose daily reality is a struggle for life.

“So many people: infants, children, young men and women, couples, families, elderly and disabled people, representing every stage of life and every type of man, that you can meet in your neighbourhood.” [fragment of text , volunteer , the refugee camp in Dobova, Slovenia]

One of the elements of the spectacle is the documentation of performance From the water, which took place on the beach in Sopot, in October last year on the Solidarity Day with Refugees. It was my comment on migrants dying at sea, bringing the images into our reality, Polish, tangible. To rise empathy in viewers, unresponsive observers.

AURORA LUBOS
Independent artist and performer associated with the contemporary dance scene in Gdańsk and Britain. Author of several powerful and original solo performances, in which she speaks out against domestic violence among other topics.
Born in 1977.
She is the author of several original dance shows, including solo performances (Zanzibar, Unfinished, Knife, Horse and Stairs, Acts, Thou Shalt Not), installations / performances (No 1, Four Corners, Act for Two – Leftovers, Without Home),and animations (the series Winter 2010).
Since 2000, she has been an actress at the prestigious British Vincent Dance Theatre

Alex Catona
Multi-disciplinary artist with a vast international performing and teaching experience in various fields of the performing arts.Avant garde musician, dancer, writer, choreographer, visual artist, filmmaker, theatre director and dramaturg.His main area of interest is avant garde experiments within the performing and visual arts and in particular the relationship between sound, body, space and context.