The philosophy and beliefs surrounding my artistic approach are based on searching the self within its surroundings. 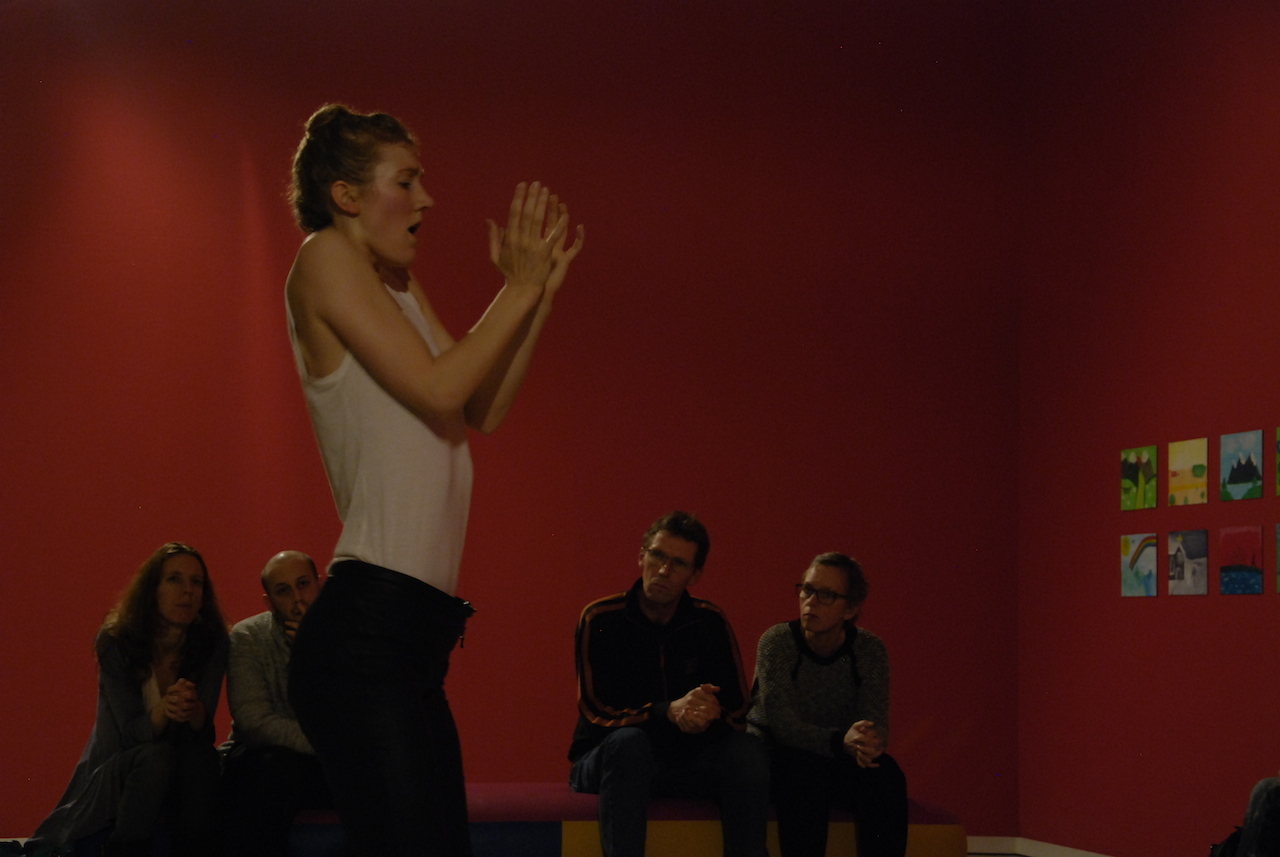 Body Language is a series of live installations expressing the power and beauty of the moving body and its explorations.

This series is the second part of an ongoing study on power and control. The body is fearless and powerful and at the same time vulnerable and fragile. This is a study of listening to our body and allowing it to express its interests.

This series is designed to be able to be presented in diverse locations and situations. The body behaves in different ways based on its surroundings. The goal is to discover the diverse behavioral patterns that the body has and explore the journey that it can take us on.

Born in Haifa, Israel, Edan Gorlicki is a choreographer, teacher and movement research artist based between Heidelberg, Germany and Groningen, the Netherlands. As a dancer he has worked in Israel with the Batsheva Ensemble Dance Company and Inbal Pinto and Avshalom Pollak Dance Theater. In the Netherlands he has danced for NND/Galilidance and Club Guy and Roni. Edan has performed the works of may choreographers such as: Ohad Naharin, Inbal Pinto, Sharon Eyal, Itzik Galili, Paul Selwyn Norton, Emmanuel Gat, Guy Weizman & Roni Haver and many more.

Edan is the creator of LAMA movement research. He has been invited to teach LAMA as training for dancers and non-dancers as well as intensive workshops to companies, schools and dance-houses worldwide. His choreographic work is co-produced by the Choreographisches Centrum Heidelberg & the Grand Theatre Groningen and numerous production houses and choreographic centers in Switzerland, Germany and the Netherlands. He has choreographed works on numerous companies such as: Random Collision, Sasha Waltz and Guests, NND/Galilidance, Tanzhaus – Zeurich, Noord Nederlandse Dans, Club Guy & Roni’s Poetic Disasters Club, Codarts Rotterdam, Amsterdamse Hogeschool voor de Kunsten, Fontys Dance Academy Tilburg and De Noorderlingen.

The philosophy and beliefs surrounding Edan’s artistic approach are based on searching the self within its surroundings. Edans work always explores psychological and emotional realms. In the past Edan has made stage works inspired by numerous subjects such as hierarchy, sexuality, fantasy, stress, addictions, belonging and perceptions amongst others. Edan is currently working on a 4-part study on power and control.

In Addition, in 2007 Edan co-founded Random Collision, Groningen – a platform developing and bridging between young makers and their audiences. Edans vision and interest is to develop platforms and special projects that contribute to the dance field as a whole. In the past Edan has participated and collaborated in many unique projects surrounding diverse fields such as science, film, scenography, dramaturgy & coaching and many more. Edan recently completed a multidisciplinary project inspired by LAMA in the form of an installation exhibition called Unblocked.

I feel that inside the world of dance and movement as an art form, we

illusion and bring fantasy to reality. This is a very useful tool and I don’t

want to neglect the theater as a potential space, however, I feel I

of specific characterization can affect and contribute to these fantasies.

research is based on how surrounding, mainly including the space and

the environment, can affect the language of the body and quality of

experienced. I believe that diverse spaces have an interesting potential

to contribute to a goal, in some cases in a surprising, unpredictable

manner. What interests me at this point in my work is to eliminate a

is created by the combined elements of the space, the audience and

the performers behavior. I am interested in the transformable journey

space and the audiences energy. You can compare this to the feeling

and transform based on the people that pass by.